In the last few days the British Nationalist Party (BNP) have started to deliver their campaign leaflets. There are at least two varieties but they are both quite similar and their main campaigning point is against immigration. You can see leaflets delivered by the BNP around the UK thanks to The Straight Choice [now known as electionleaflets.org] a website dedicated to mapping campaign leaflets. The current leaflets feature a section titled "Why we're all voting BNP" with photos accompanied by a bit of text, presumably this is to encourage people to think BNP voters are just like you. Unfortunately for the BNP none of these voters are real and you can prove it by using web-based reverse image searches.

"I'm voting BNP because I see what immigration has done to the NHS. As a Doctor I want to see an end to 'health tourists' and to make sure British nurses are employed and paid fairly."

Search for this image on tineye and you'll quickly find out that this image has been used on a number of websites and that you can buy it to use royalty free from a stock photo website. The image was taken by an American photographer probably in 2006. 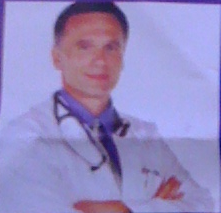 "We've seen how this country has declined under the present government and we're voting BNP because they will put pensioners before asylum seekers and ensure our future."


"We're with the British National Party because it's not fair that people who've worked hard and paid in all their lives are pushed to the back of the queue behind bogus asylum seekers." 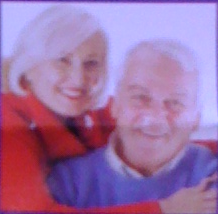 "We're fed up of being sent ill-equipped into foreign wars. The BNP will bring our troops home and ensure that British soldiers are not abused on the streets of our cities by Muslims."

Again, search using tineye you can find that it's from a different stock photo website. What's particularly amusing here is that the photo is of an Irish guardsman, which is funny because the Irish are not British, Britain is made up of England, Scotland and Wales.

UPDATE: At least one commenter has pointed out that this is actually a Scots Guard, I assumed that the picture's title was correct when I wrote the article. The photo has since been reported by the Sun to be Stuart Walker who has stated he does not back the statement attributed to him in the leaflet. 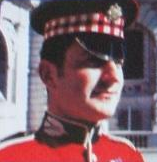 "As a mother and wife I want to ensure that our children have a future. Our taxes should be invested in education and job creation, not wasted on paying bureaucrats or bankers' bonuses."

Searching tineye once again tells us this photo is entitled "Love my Mommy!" and was taken by another American photographer. 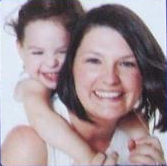 The only conclusion I can make is that no real BNP voters were keen enough to appear on the leaflets.

The BNP are not the first people to send out leaflets with fake people on, when there was a decision to be made on whether Manchester should have city centre congestion charging leaflets were printed encouraging people to vote 'YES' with case studies showing how people would be better off, again, none of the people were real (Manchester Evening News: C-charge ‘locals’ don’t exist).

Comments are no longer enabled on this blog, but you can read those contributed to this post here.